DOUBLE TIME- EMIRATES TEAM NEW ZEALAND BACK OUT ON THE WATER 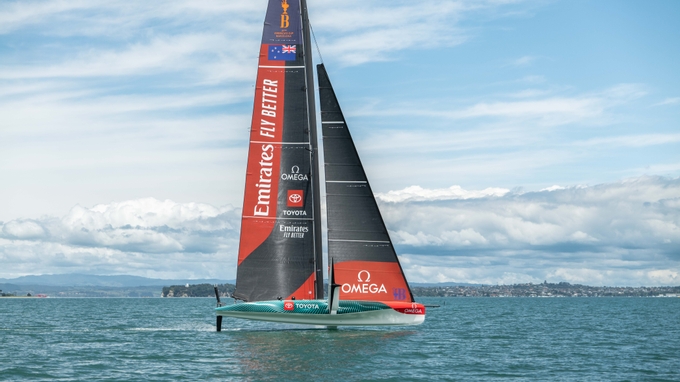 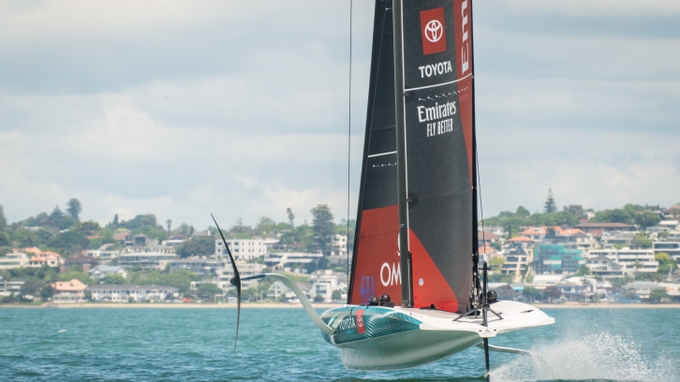 Emirates Team New Zealand made a return to Auckland’s Hauraki Gulf today on their newly repaired and rebranded AC40 for its first sail since the nosedive causing bow structure damage just over three weeks ago.

On what has been a rare dry Auckland day with very light breeze in the morning, the team docked out at 1pm for an afternoon sailing in 9-12 knots from the north, immediately getting right back up to speed with the on water LEQ-12 testing program.

“It actually only seems like a couple of days ago that we were last out sailing, so we all just slotted back into where we were up to with our program previously” said Skipper Peter Burling. “Things never stop in this place and although we haven’t been on the water there has been a huge amount going on and a lot of progress being made. But it is great to be back out sailing again and our sailing program is only going to get more intense over the next few months.”

It has been a busy time for the shore team and boat builders behind the shed doors of the team base, who have simultaneously been implementing the increased structure to the damaged boat 1, as well as taking delivery and preparing the teams second AC40 for its maiden sail next week.

The team has now doubled its on water fleet of AC40’s in what has been a conscious strategy to boost the efficiency of on water development and race training for its sailing team in 2023. “It has been 15 years since Emirates Team New Zealand has been running two boats at the same time. It goes all the way back to 2007 when we had two IACC boats.” said team COO Kevin Shoebridge. “It is nothing we have not done before but it certainly isn’t an easy operation. It takes planning and processes, but we have a really impressive shore team that will ensure we can not only manage it effectively but get optimal benefit from the two-boat program.”

Everyday counts in the run into Christmas for Emirates Team New Zealand who have had a huge year launching and successfully commissioning their Hydrogen Powered foiling Chase boat ‘Chase Zero’, the AC40’s built, delivered and launched as well as breaking the Wind powered Land Speed World Record setting a new record of 222.43km/h with Glenn Ashby piloting ‘Horonuku’ just this week.