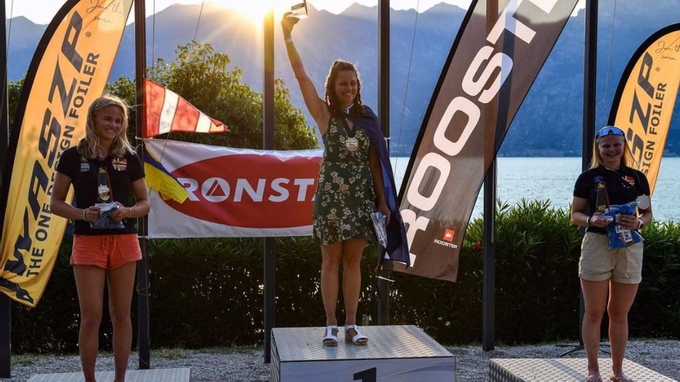 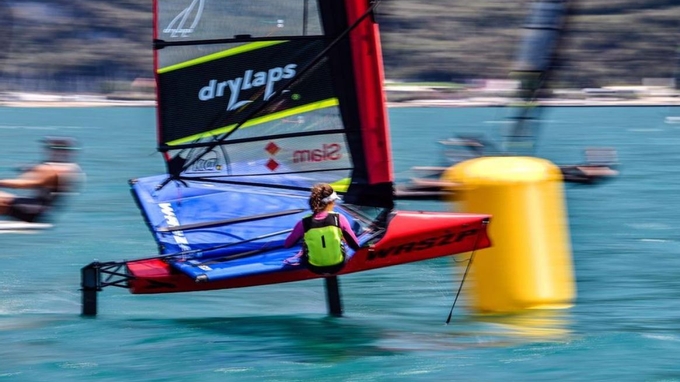 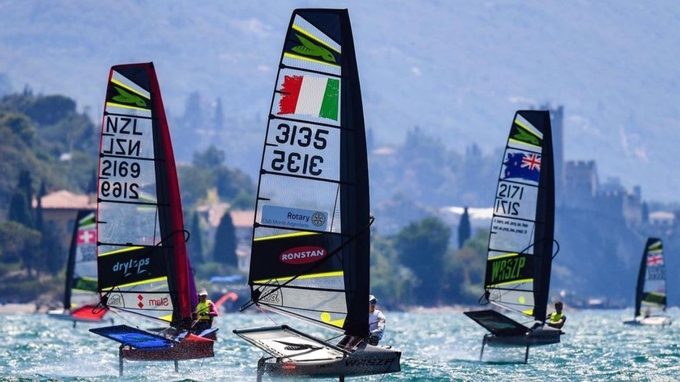 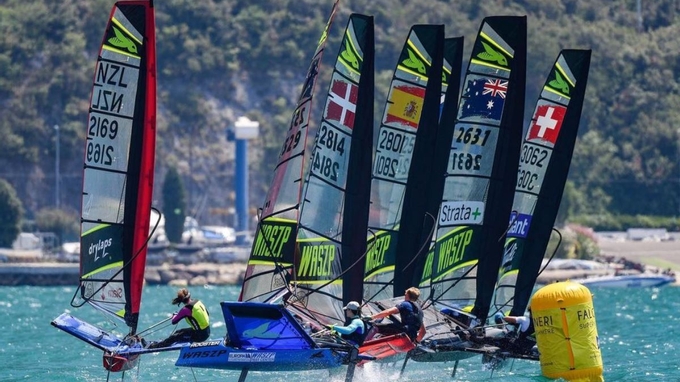 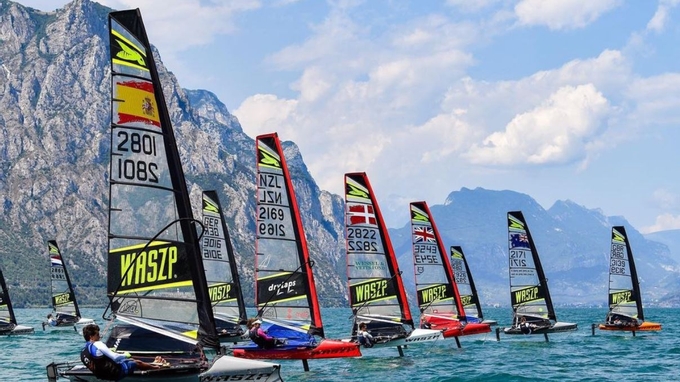 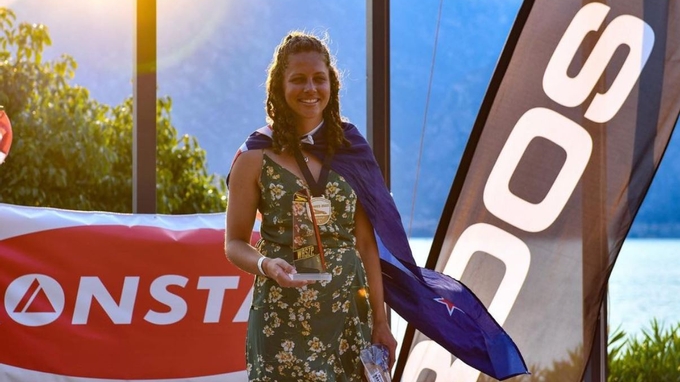 Emirates Team New Zealand designer Elise Beavis was crowned Women’s Waszp World Champion at the Waszp International Games in Lake Garda, Italy. The biggest event in the history of the Waszp class, the event had over 170 competitors and 5 divisions across the entire fleet of men and women.

“It feels great, there was really strong competition in the women’s fleet with the top 5 or so females really mixing it up amongst the top guys also.” said Elise following the regatta.

Beavis and fellow kiwi Sam Street went into the last day of the regatta with the leaders bibs for top female and male in the fleet so had targets on their back. “Neither of us had a good first race in the lighter conditions so the pressure was on. The breeze steadily built over the day and Sam managed a 4 point win over to become the new WASZP Games Champion. I was also happy with the breeze filling in and with a 5th in the last race moved up to 22nd overall.”

The result enough to secure New Zealand with both the Women’s and Men’s Waszp World Champion titles in the rapidly expanding single handed foiling class.

“It’s so epic having so many WASZPs racing in one place and the quality of the fleet is through the roof compared to 2019. Particularly thank you to everyone who has encouraged, facilitated, cajoled or otherwise one or more female sailor into the class.” concluded Beavis