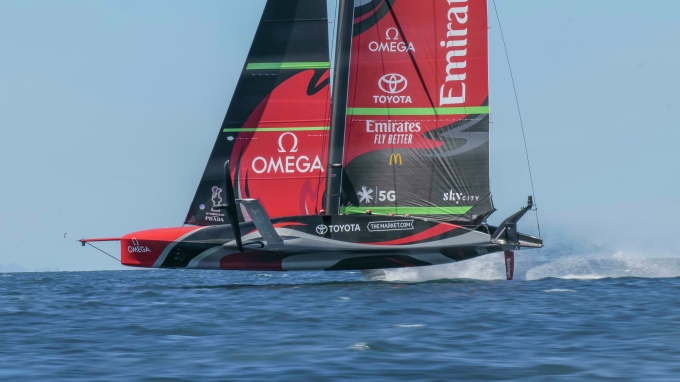 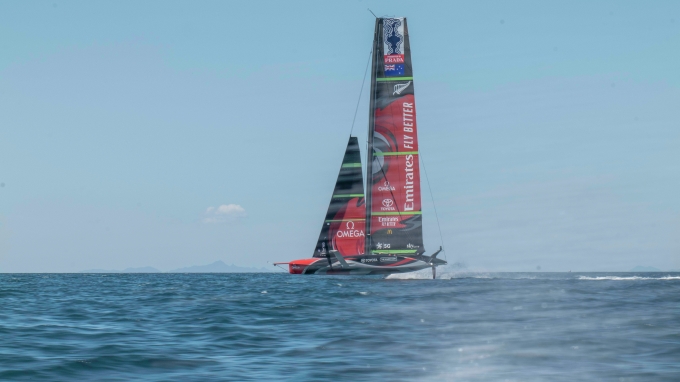 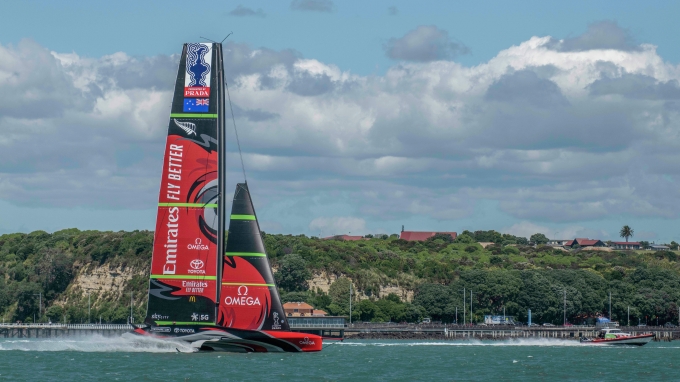 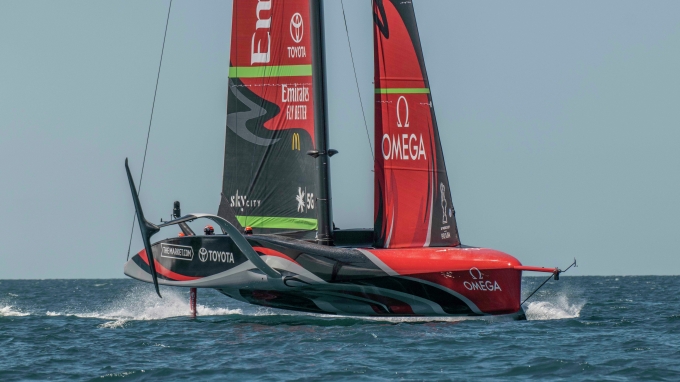 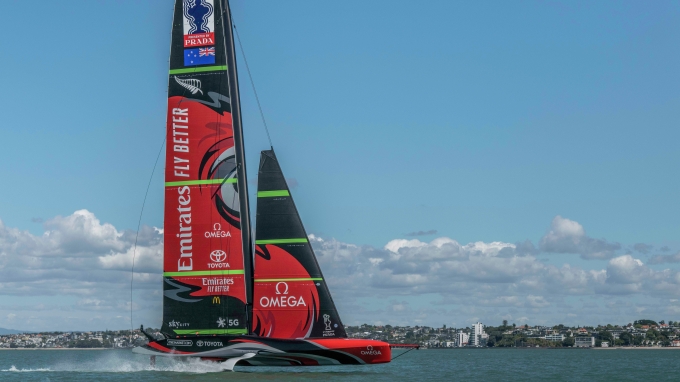 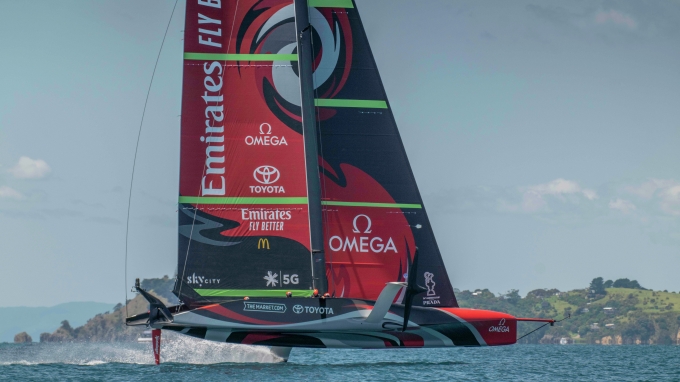 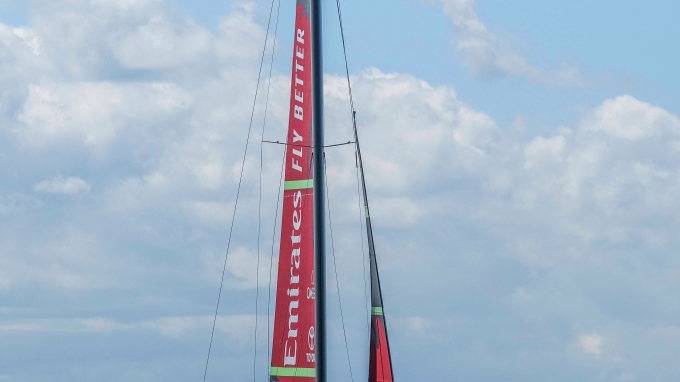 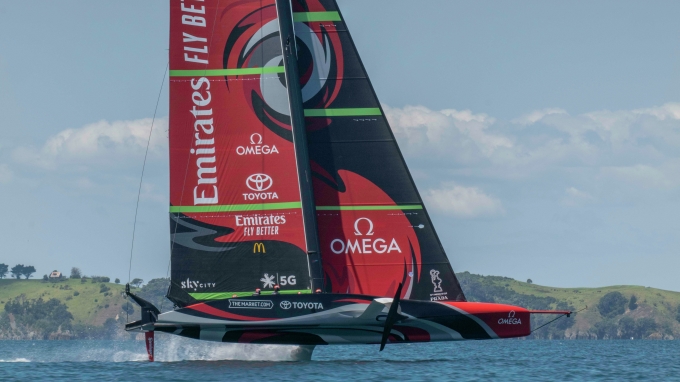 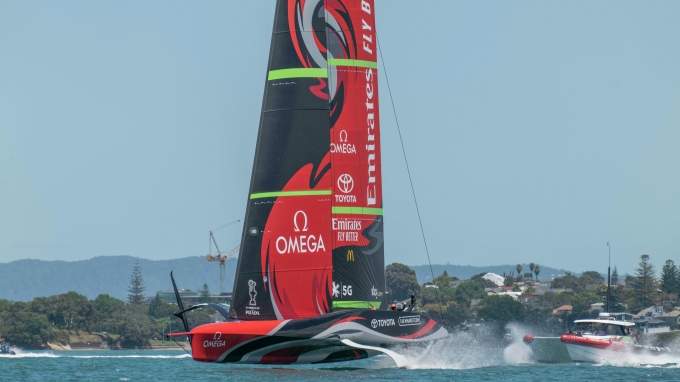 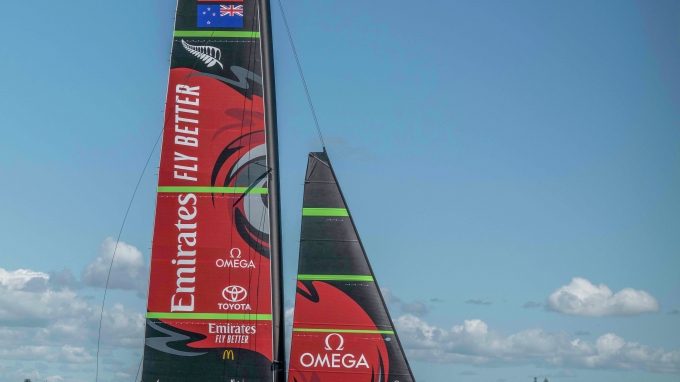 A first sail is not usually a year in the planning, but when Te Rehutai hit the water for her first outing today, that was exactly the case with many areas of her new design having been locked in over nine months or more ago, meaning today was a chance to finally validate what the simulations had been predicting. The result? An adequate first outing.

On a beautiful Auckland day with a calm Waitamata sea state and building breeze, Te Rehutai left the dock and immediately started tow testing on the way out to the Hauraki Gulf.

Last night’s launch was a fantastic opportunity to presented Te Rehutai to the world, and thank everyone involved in getting her to this point, but for many in the team, seeing her out sailing on her first day was the real moment of celebration.

Reflecting on the first day Blair Tuke said "After the official launch last night, it was pretty awesome to be able to get out there and throw the boat around in a beautiful southerly breeze on the Hauraki Gulf. It's great for the whole team to see it out there flying, doing its thing, after a heck of a lot of work from so many people to get to this point"

A successful first day marks a major turning point for the team, where building and development makes way for testing and race preparation, but developments in all areas will continue right until the very last race.

Peter Burling felt the day was a success. "It was great to get commissioning underway. The boat felt really nice. We're happy with day one, but have got a lot of hard work ahead."

As part of the early testing programme for Te Rehutai, the team ticked off everything as planned and completed a few manoeuvres on Course C on the way home.

With just 26 days to go until the warning signal of the first race of the PRADA ACWS Auckland, the plan is to get as many days on the water as possible, so locals should expect to see Te Rehutai become a familiar presence on the harbour.