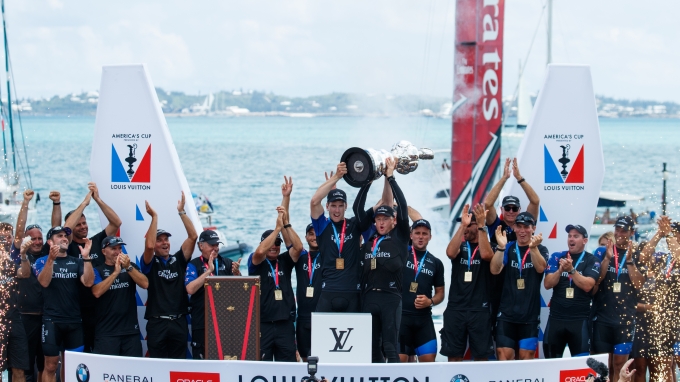 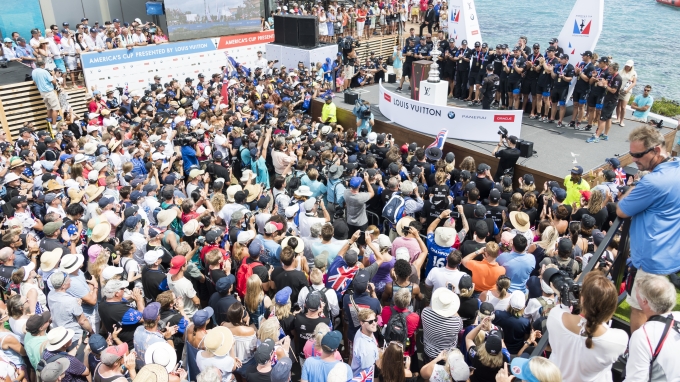 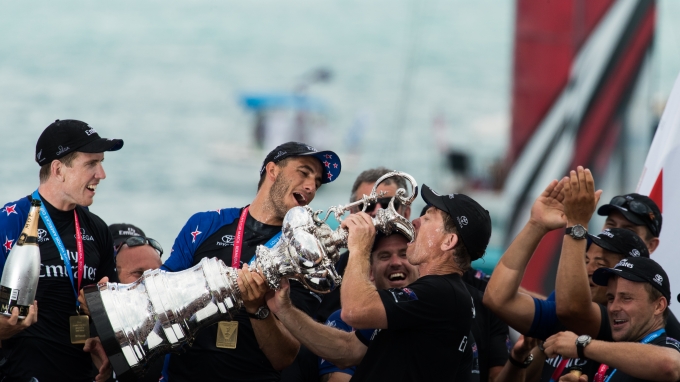 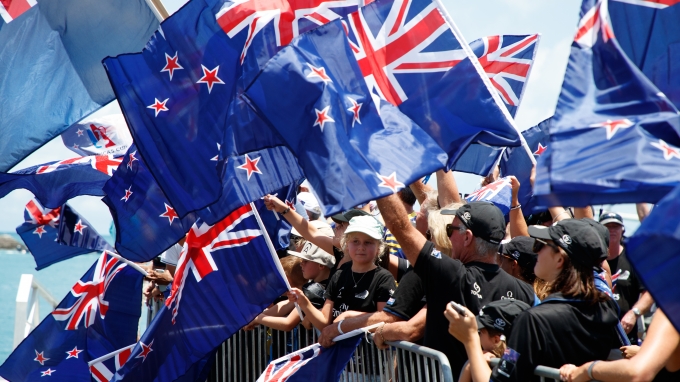 26th of June in Bermuda and the 27th of June in New Zealand, no matter what year, will always be a day of reflection of winning the 35th America’s Cup for many kiwis.

In the three years since, things have quietly, but frantically, been progressing in technological quantum leaps inside the Emirates Team New Zealand base on Halsey Wharf. A large number of the people from 2017 remain committed to winning it again in 2021 as well as a fresh new wave of talent across the team.

Head of Design Dan Bernasconi reflects at what his team have achieved: “Looking across the design team of 30 plus people, over 50% of them would be new to this campaign. We’ve put in a huge amount of work, starting out with the development of the AC75 concept, then writing a rule around that class – and that was before we even began designing the two iterations of the AC75, and the smaller test yacht in between. It’s impressive what the guys have achieved, not just in the design team, but right across the board, in the boat build, the shore team, the sailors and all the support and admin that keeps us going.”

But Bernasconi is quick to highlight, “the job isn't even close to being done yet,” when focusing on what is ahead with the 36th America’s Cup presented by Prada just around the corner.

Dan Bernasconi and some of the Emirates Team New Zealand design team.

It’s just under 6 months until Auckland’s summer of sailing will kick off with the ACWS / Christmas Race in Auckland on December 17. Due to the effects of COVID-19 globally, it will be the first time the revolutionary AC75’s line up to race in anger producing a dramatic insight into what might happen in the 3 months before the dust settles with one team triumphantly holding the America’s Cup aloft.

“It is actually pretty amazing to think it is 3 years since we won in Bermuda,” said Emirates Team New Zealand COO Kevin Shoebridge. “And now we are basically at the sharp end of this entire AC campaign.” “The other teams are starting to arrive now, so this is where things will start to ramp. All eyes will be on us and the teams will all be eager to know the detail of what is going on inside these walls, so we need to remain tight and focused more than ever.”

It is about this time of any campaign that teams really start counting the days and thinking of the old cliche that ‘you can’t buy time’, and commentators start saying that potentially the America’s Cup winning (or losing) design decisions have already been made.

While there is certainly a lot of truth to that, (just look at the cyclors in Bermuda) it does however diminish the critical importance of what is done between now and the last race of the America’s Cup which could lead to ultimate success.

“Perhaps the way of looking at it is, that the decisions that have already been made could lose you the America’s Cup if they haven't been the right ones. But the actions you take from now are what could win you the Cup.” said Shoebridge.

Building a test boat, Te Kahu, after Boat 1 is one such decision that makes the team unique this campaign.

Hitting build deadlines, streamlining logistics, maximising testing and training time on the water, reacting to competitors and essentially timing your campaign to peak in the two week America’s Cup Match period all worked successfully 3 years ago and will go a long way towards winning again once racing starts this summer.

It has been 17 years since New Zealand has held America’s Cup racing on its waters. The last three campaigns have all been raced in distant parts of the globe.

“This time we get to race in our own backyard. It brings immense satisfaction that all New Zealanders will be able to be part of the event, whether in Auckland or any far fetched corner of the country. We are proud to put Auckland and New Zealand on a global stage via the event and the support of the nation has always been a huge driver and inspiration of the team and will continue to be as important as ever.” Concluded Shoebridge.

Being an Emirates Team New Zealand Fan has had its ups and downs, and we are about to do it all again.