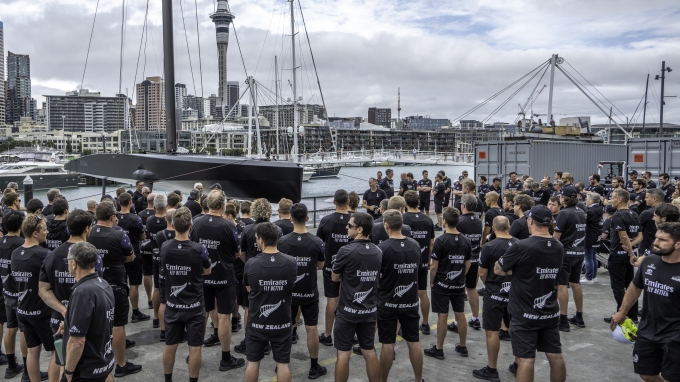 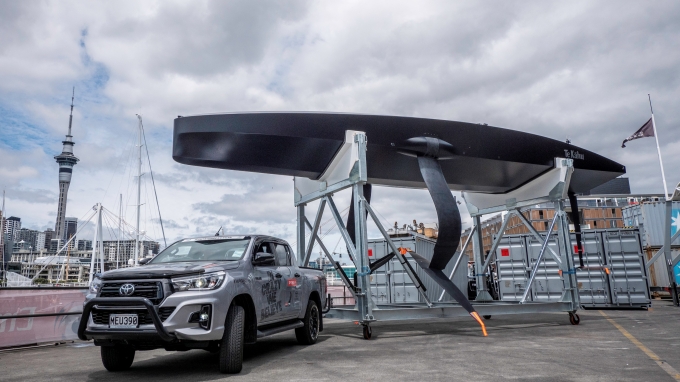 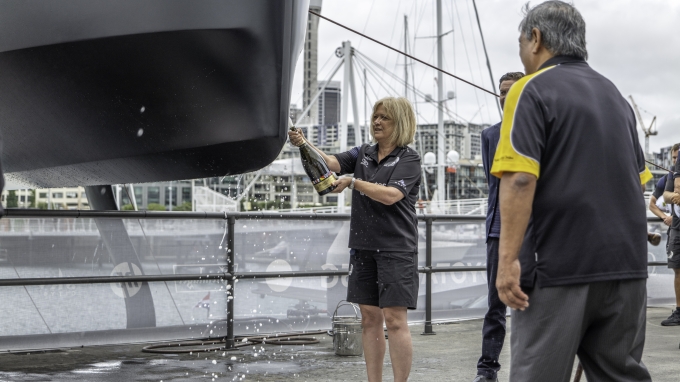 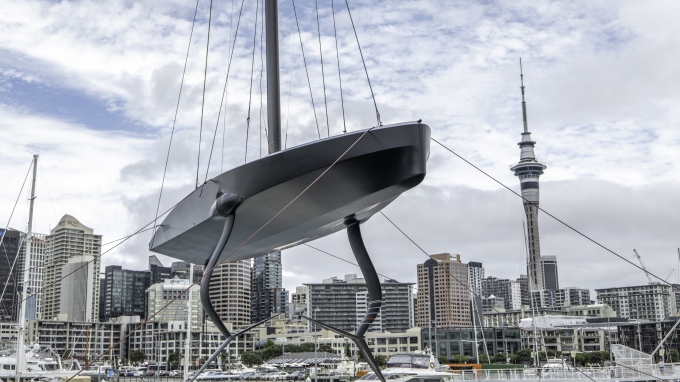 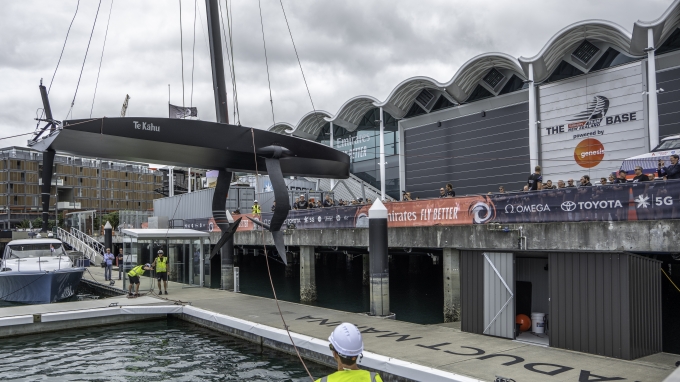 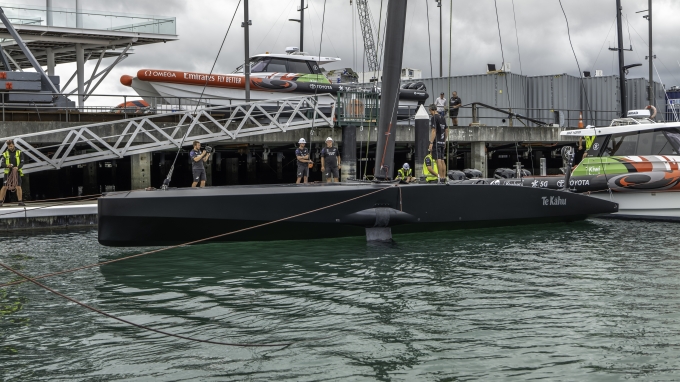 Te Kāhu meaning ‘The Hawk’ was rolled out of the shed on Wednesday and was christened by Ngāti Whātua Ōrākei.

Te Kāhu fits within the rules on test yachts according to the  36th America’s Cup Protocol which says they must not exceed 12 metres length overall (LOA), and will be used by the team to continue design development for a large proportion of 2020 while their AC75 ‘Te Aihe’ is being shipped and raced offshore for the America’s Cup World Series events in Cagliari, Sardinia (April 23-26) and Portsmouth (June 4-7).

“We are really excited about launching Te Kāhu today. There has been a lot of work gone into the design and build of this boat internally, which is amazing really as it has all taken place between the design and build of our first AC75 and the ongoing work on our next AC75 race boat.” said Emirates Team New Zealand CEO Grant Dalton.

To outside spectators it likely seems that Emirates Team New Zealand are a bit late to the party with the launch of their test boat, considering the Challengers test boats started hitting the water all the way back in September 2018, to which Dalton explains:

“It might seem like the launch of our test boat is a bit overdue, but early in any campaign decisions have to be made that ultimately will only be judged at the end.

As a team, we decided that a test boat was indeed a really key necessity but believed it needed to have as much design input as our first AC75 to give it meaningful ongoing development possibilities.”

“There is no doubt looking back that the Challengers all learnt some valuable lessons and got a bit of a jump on us with their developments. But it was a conscious decision of ours to suck that up and play the long game knowing that points don’t start to count until the first race of the America’s Cup, which obviously is in March 2021.” continued Dalton.

While Te Aihe is being shipped 60 days either way to and from Europe, by launching Te Kāhu now, Emirates Team New Zealand plan to continue their on-water development programme uninterrupted.

“We know from experience that the development and gains that take place in the year before the America’s Cup are vitally important,” explained Head of Design, Dan Bernasconi. “We couldn’t afford to only be sailing on the water for the handful of weeks we will get on Te Aihe around the ACWS events between now and its return to New Zealand.”

Emirates Team New Zealand are now in the process of packing up and preparing Te Aihe for shipping to Cagliari in preparation for the first ACWS event in April which is the next time the AC75 will be sailed, and the first time it will line up to race against the other AC75’s.

Dalton directly concluded: “In Te Kāhu we have a very legitimate test boat which will provide us the platform to hopefully make some significant gains in our developments for 2021. Who is right in their overall plans and strategy we have no idea. I guess we will find out next year.”

The hawk majestically glides and soars at high speeds in the wind. It has great vision and foresight and stealthily swoops in on its prey.