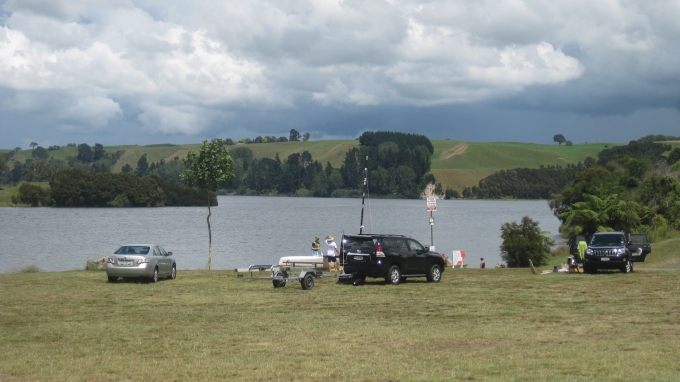 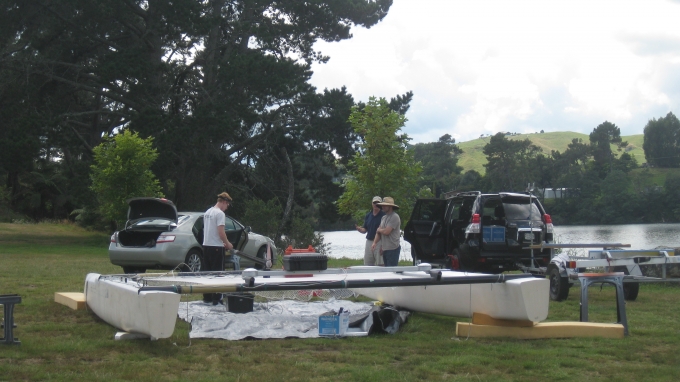 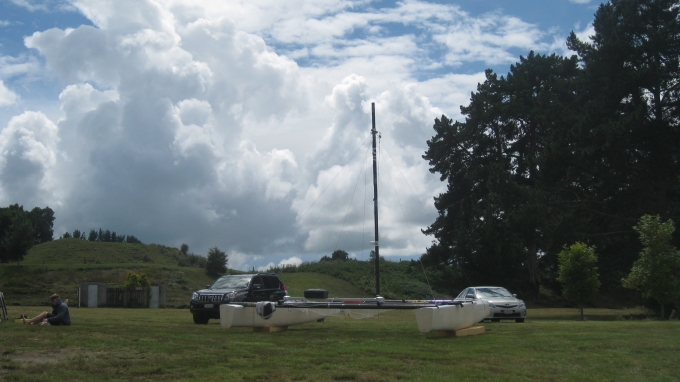 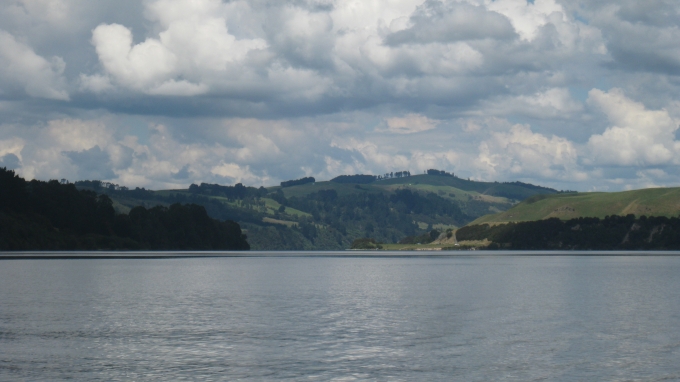 In late August 2012 a grainy photo of a boat emerged online. Most hardened America’s Cup followers will clearly remember the image that was the talk of the sailing world for many weeks.

A high angle shot, looking down on a giant 72 foot red and black Emirates Team New Zealand catamaran seemingly flying above the waters of the Auckland’s Waitemata Harbour.

“Can't be foiling - anyone can see from that picture they're simply launched off a wave.”

“On close inspection it is photoshop. You can see where the bow and stern were in the water. They have cut, lifted an pushed the boat forward 1/2 a boat length. Shame. That was cool for about 5 min”

An image that was so far outside the realms of the imagination of most people- but not those inside the base of Emirates Team New Zealand.

The cat was out of the bag, foiling had arrived. But there had been many months of secretive R&D meetings at Emirates Team New Zealand that went into developing a concept that would transform the world of America’s Cup racing forever.

Rewind to 2011, two years out from the 34th America’s Cup in San Francisco. A time of any campaign where teams are thinking outside the square with weird and wonderful ideas having been studying the AC72 class rule, looking for loopholes and testing or attempting to validate some of the most innovative theories. A crazy concept was continuing to circle within Emirates Team New Zealand.

“What if we could make the AC72 catamaran fly above the water?”

Was there a way to design a control system within the rules to move the daggerboards in the water to create enough lift to support the weight of five saloon cars on a surface area the size of a desk?

In 2011, simulation was not at the required level of technology that it is today, so testing and ideas had to be validated on the water.

The challenge was how to keep such a crazy concept of foiling secret.

Auckland Harbour was a goldfish bowl to tens of thousands of eyeballs which would gawk at a vessel levitating above the water and sailing faster than most engine powered boats on the harbour, so a more discreet location was required.

And so, the first testing of the concept of foiling for America’s Cup all started on a remote and narrow lake in the middle of the Waikato region - Lake Arapuni - as a covert mission with a boat affectionally nicknamed, ‘The Waka’.

Things got off to a rocky start. Early on in the ultra-covert project, while towing the Waka south, a small group of team members (who shall remain nameless) had to call the team CEO Grant Dalton to explain there was a slight curveball in the operation. The top-secret test platform was now firmly the centre of public attention because they had neglected to tie it to the trailer appropriately and it had slipped off and was causing a multi mile traffic jam on Auckland’s Southern Motorway.

The issue was swiftly resolved, and adversity overcome. The operation was back on track.

Glenn Ashby was relatively new to the team back then and quickly understood that foiling was not just a whacky fad but something that had to be kept under wraps.

“We made sure we were not in branded team kit. To anyone walking the dog around the lake, we probably just appeared like a few old battlers towing a beat-up old catamaran down the lake for fun.” Said Ashby

“We just had quite a few people with cameras, computers and pelican cases in tow.”

It wasn’t an instant success, but it didn’t take long for the gigantic gains that foiling presented to emerge.

“After a couple of weeks of tuning and building new foils we got to the stage where we were able to tow the boat and pop out of the water and fly stably.

The Waka was a fantastic boat to learn all about foils, to understand what you could and couldn’t do, and potentially what the future could hold for us.”

“Some of those evenings where we would sit around the table, knowing we were pioneering absolutely new ground in the America’s Cup and in foiling multihulls and foiling boats was a pretty special feeling. Sitting there with the designers and the sailing team really knowing that you were part of such a special period of America’s Cup history in the making.” Recalled Ashby

The concept continued to grow legs and the operation eventually moved back up to Auckland and the backblocks of the Hauraki Gulf.

“Eventually we put all that technology and testing into use on our SL33 catamaran and, ultimately, we built our AC72 catamaran with fully foiling in mind. We knew we could do it, and we knew we had to push hard and push big because absolutely we could see that foiling was the future.”

Ultimately the innovative foiling golden bullet from New Zealand didn’t win the 35th America’s Cup for Emirates Team New Zealand, but it did change the face of top-level yacht racing forever. And it did install the belief in the team that being different and pushing the boundaries, throwing the ball as far as we could in innovation was the secret to success which eventually came in Bermuda in 2017.

“I think back fondly of those times in 2012 and how foiling was really born on a lake in the middle of the Waikato in little old New Zealand.”

Now, two years out from AC36 in 2021, as quiet as it seems from all America’s Cup teams, you can be rest assured there are plenty of innovative ideas being tested within design offices around the world, that could be the next quantum leap forward in technology on or off the water.